The stewardship of your resources can only be expertly executed by a firm that has a clear grasp of what it is you would like to accomplish with your financial wealth, your societal influence, and your legacy. 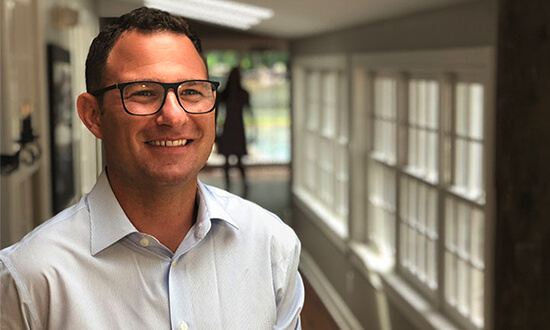 John R. Augenblick is the Founder and President of Rockwood Wealth Management. He is committed to the development and growth of conflict-free comprehensive financial planning and investment management. With expertise well respected in the community, he serves on the New Hope-Solebury School Board and the Finance Committee of the Mercer Museum. 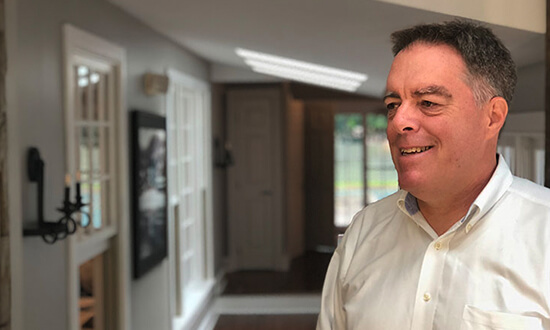 Kenny is a Principal for Rockwood Wealth Management. He has over twenty years’ experience in wealth management and financial planning and has assisted clients in over twenty states, as well as internationally. He possesses particular expertise in the needs of corporate executives, clients in transition, and clients planning for multigenerational wealth. 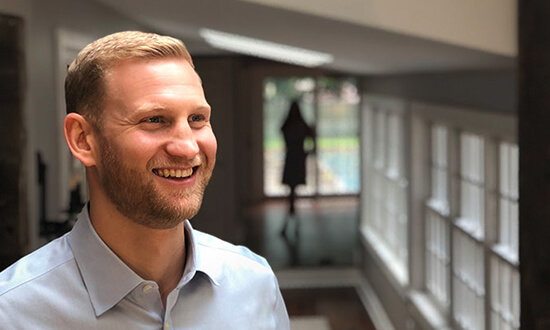 Sam is dedicated to providing individuals and their families with comprehensive and conflict-free financial advice. Prior to joining Rockwood Wealth Management, Sam was the head of Financial Planning at Locust Capital Management, where he was responsible for all aspects of the Wealth Planning process. 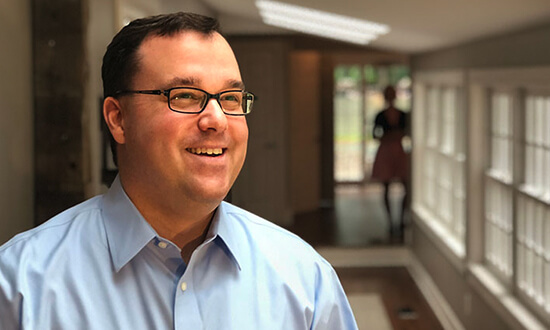 Mark is a partner at Rockwood Wealth Management and has over 20 years of experience. His specialty is in working with high-net worth clients in all aspects of wealth management, including advanced financial planning, asset management, risk management, as well as tax and estate planning. 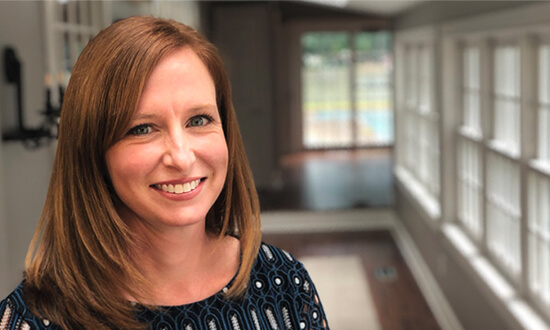 Megan is the Chief Operating Officer and Chief Compliance Officer for Rockwood Wealth Management and an active board member on the New Hope Education Fund. She has over twenty years of experience – including public accounting with Arthur Andersen and KPMG where she specialized providing tax advice to real estate, private equity and insurance clients. 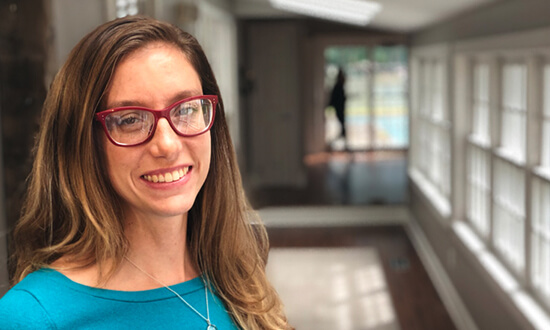 Maureen brings a friendly confidence to her role as a Private Client Advisor at Rockwood Wealth Management. Prior to joining Rockwood, Maureen worked as a financial planning associate at Goldman Sachs and J.P. Morgan where her advisory teams worked with wealthy families and institutions all over the country. 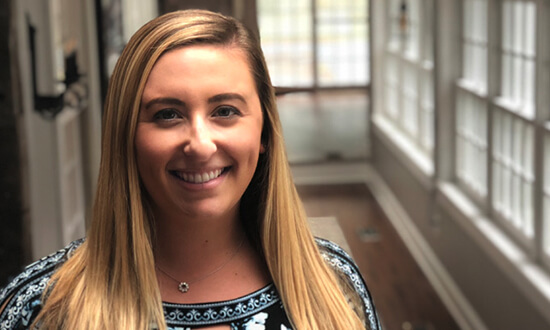 Courtney, a Financial Planning Associate with Rockwood Wealth Management and graduate of Temple University’s in Financial Planning program, is passionate about helping individuals and families accomplish their personal and financial goals. 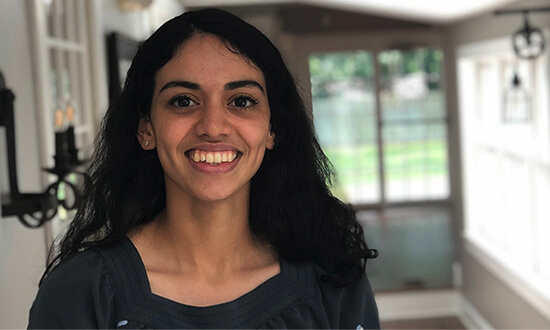 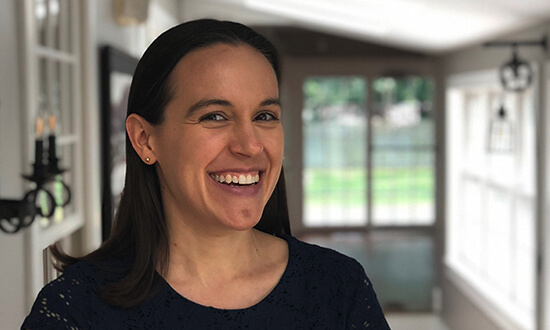 Alaina brings a variety of personal and professional experiences to her role, including over four years of experience working with wealthy individuals and their families at Market Street Trust Company. Alaina is passionate about helping others meet their goals and especially enjoys multigenerational planning. 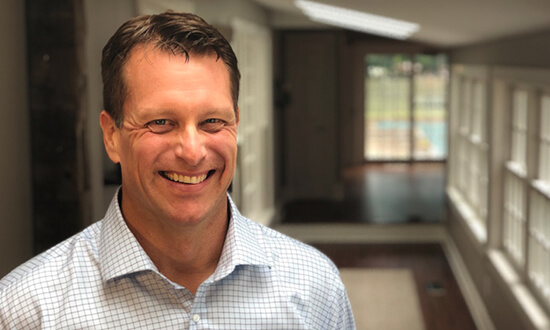 John, a Private Client Advisor at Rockwood Wealth Management, is passionate about comprehensive planning and analysis in a high integrity environment and believes the cornerstones of a successful long-term client experience include thorough listening, empathy, and candid feedback. 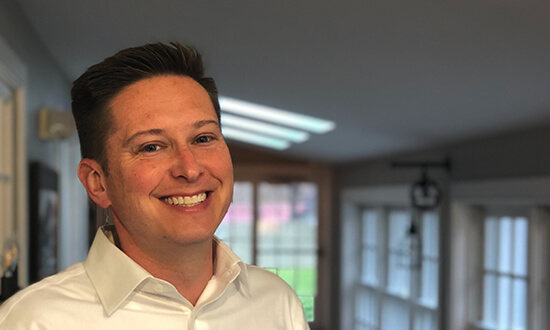 Brian has served as the Chief Financial Officer of a financial technology company where he gained a passion for the wealth advisory profession. He leverages his extensive experience advising business owners and high-net worth clients at the intersection of prudent portfolio management and strategic tax planning. 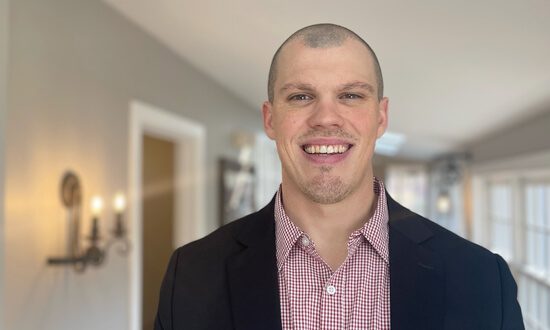 Through personal experience and general curiosity, Joe developed a passion for personal finance and financial planning. He has a strong desire to help others achieve their goals and aims to provide a positive impact on client’s lives through holistic financial planning. 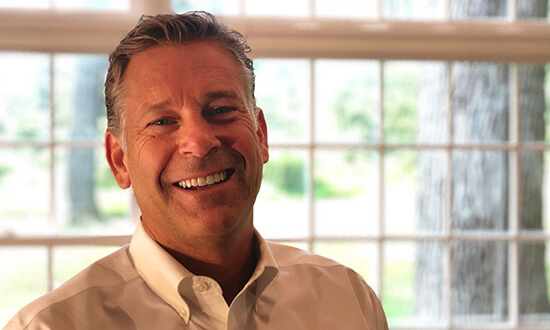 Scott Kelley, Private Client Advisor, is vastly experienced in the investment advisory profession with 23+ years in private wealth management. Scott has held senior positions at Goldman Sachs Private Wealth Management, and served as a managing director at BNP Paribas and Morgan Stanley. The depth and breadth of his experience provides him with unique insight on the value of conflict-free fiduciary relationships and advanced planning. 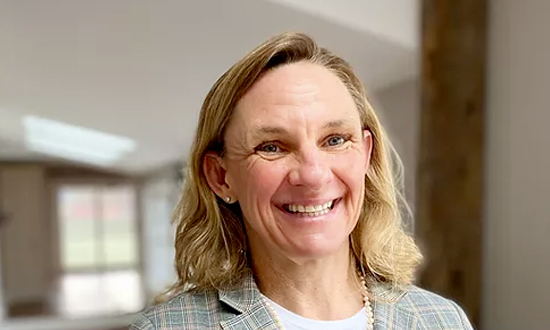 Liz launched her professional journey with Price Waterhouse Coopers and with HSBC Bank in their Trust and Investment Management Groups. She followed those roles with more than twenty years of small business experience managing the finances and marketing for Loew and Patel Orthodontics, as well as owning and operating a baking business. 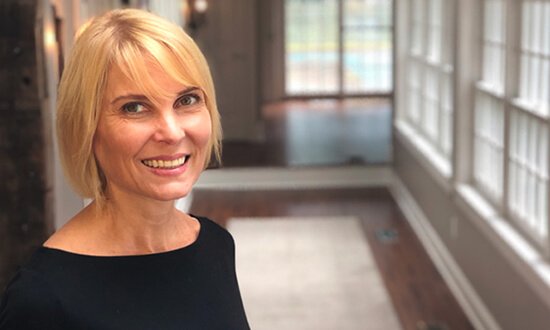 Paige brings more than ten years of experience in the financial industry to her role as Client Service Associate with Rockwood Wealth Management. Prior to Rockwood, She held various roles at Merrill Lynch, including legal assistant, before finding her passion servicing clients and supporting advisors. 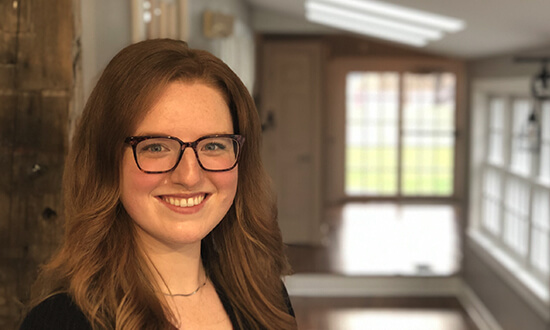 Cat, a Financial Planning Associate with Rockwood Wealth Management, started her career as an organic chemist in R&D at a flavors and fragrances company before her budding interest in personal finance brought her to Rockwood. 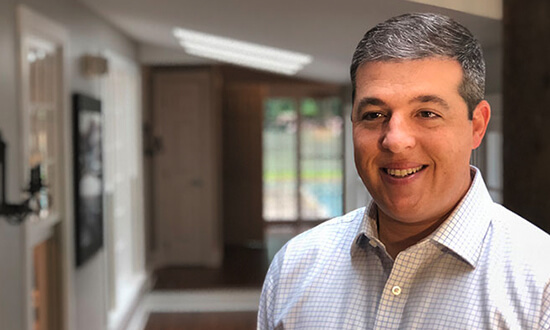 Craig is a Private Client Advisor with Rockwood Wealth Management. He is committed to providing complex family groups with comprehensive wealth management advisory services which are independent, objective, and conflict-free. Craig is an experienced investment professional having served in a private family office, equity hedge fund, and outsourced chief investment office. 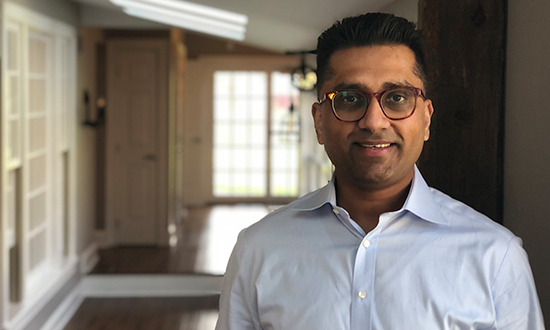 As a Financial Planning Associate, Mihir is driven by the needs and concerns of the clients, knowing that this intense focus on helping his clients will lead to improvements to their financial well-being; translating into happier, healthier, and more meaningful lives. 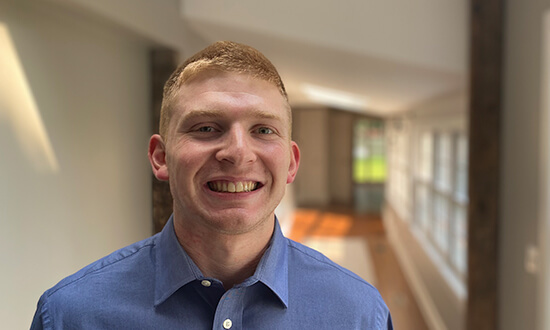 Kyle brings an intense passion for helping others gain more confidence in their financial well-being to his role as a financial planning associate. 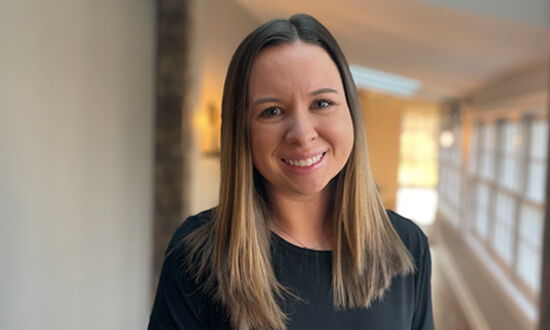 After graduating from Penn State, Courtney began her career at KPMG in Philadelphia as part of the Private Enterprise group where she worked primarily with high-net-worth individuals, real estate partnerships, and family offices. 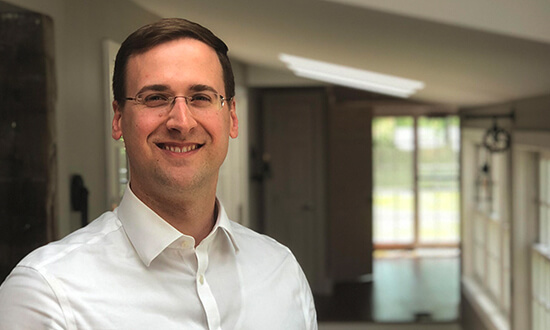 Travis is a Private Client Advisor for Rockwood Wealth Management and believes in empowering people through financial education and in the importance of helping them navigate the ever-evolving complexities of investing and financial planning. 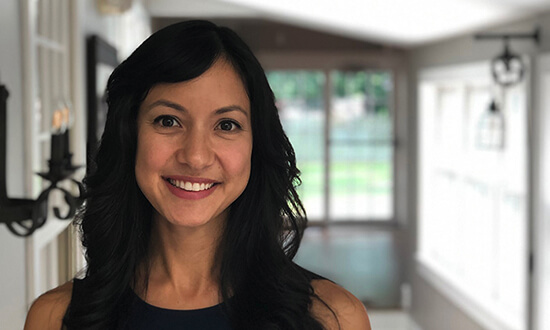 Renee spent much of her ten years prior to Rockwood as a financial planner at TIAA-CREF, working with employees of education and non-profit institutions. When not working directly with clients of TIAA-CREF, Renee partnered with local universities to lead workshops on Women’s Financial Literacy. 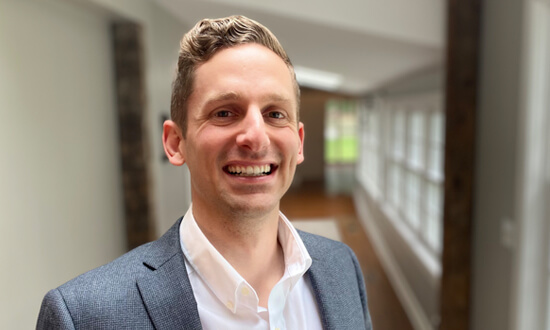 James brings extensive markets and trading experience along with a passion for helping others to Rockwood. 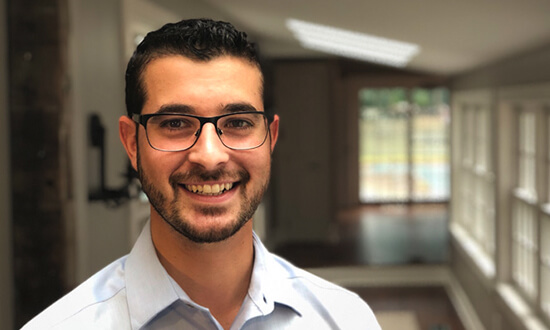 Rob, an Accredited Investment Fiduciary (AIF ®) joined Rockwood Wealth Management after working for SEI Private Trust Company as a Regional Consultant. Prior to that he worked several years in the retirement space where he focused on compliance regulations for qualified plans. 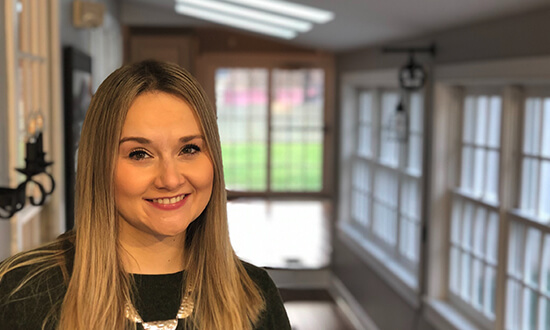 Jen brings a strong background of customer service and account management to her Client Services position at Rockwood. 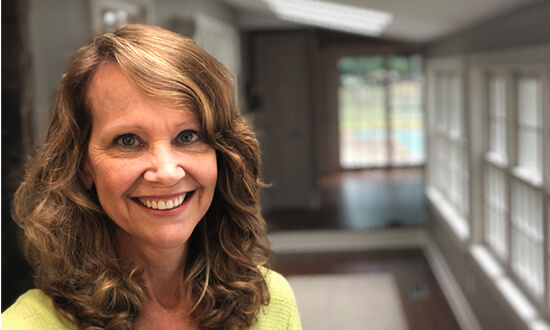 Patti’s diverse background in the banking industry serves as an ideal foundation for her role as Client Service Associate at RWM. Patti has been providing service to customers in the retail banking industry for over 12 years. 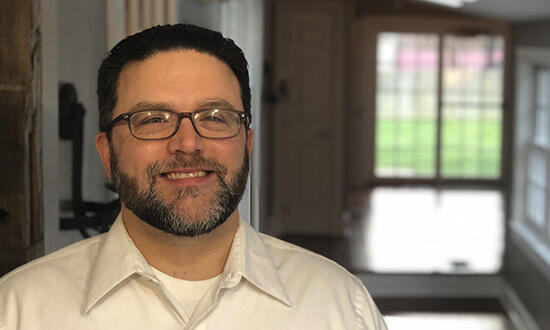 Since 2004 Robert has worked with clients from all over the country in a fiduciary capacity, helping them align their financial decisions to that which matters most to them.